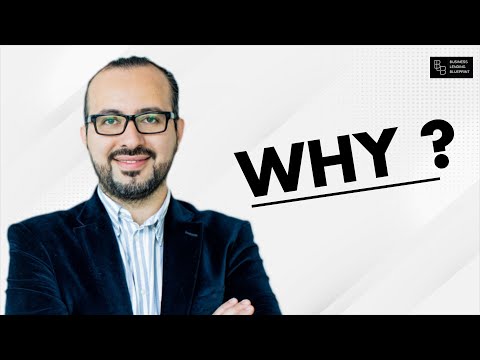 The business is our mindset

The business is our mindset, at the end of the day business is us. If you do not take care of yourselves and think like a business owner, regardless of the lenders that you have, or their rates and how to generate leads and all that stuff will be quite meaningless because you’re not going to just do it. You’re not going to take action. And a lot of our members, they are not brought up as entrepreneurs, right? They had corporate jobs for a while, they did this and we have a lot of single moms who never had a job for the past 10 years. So it’s important for us to teach people how to think, like business owners, not like a job holders. Take full accountability for your action, learn that our memory is very faulty.

I learn how to be consistent because honestly, 85% of the success is as Tony Robbins says. And I agree with that as the mindset, that 15% is the technology to the leads and all that stuff. Because if your mind is at the right place and I’m sure this happens to a lot of you guys. Sometimes we just feel down and we even forget what we knew that works, right? And our mindset is not in the right place. We’re doubting ourselves, doubting our abilities, doubting the program, even doubting the industry. Sometimes I see comments like, “LinkedIn doesn’t work.” Like LinkedIn is a massive organization and millions of people globally are using it to generate leads and calling an entire channel not working is not a tool problem. It’s a mindset problem. Instead of we’re asking ourselves the wrong questions, the right question is “Why do I suck at this? Or why does this not work?”

Will I have a challenge. How do I fix this? Why am I not getting good response rate?

The right question is, “Will I have a challenge. How do I fix this? Why am I not getting good response rate?” Right? And the program on different lending options and lead generation cannot teach you that. That’s why the first module is all about how to train or retrain our mind to think like an entrepreneur or business owner, then things become a lot easier. Otherwise, that we go through these mood swings and we start asking the wrong questions and you’re going down a rabbit hole like that. And then you don’t even go through the training. Then you’re wondering why you’re not getting results because you’re going to get in what you put in, right? As simple as that, just like anything else in life. It’s there obviously, but are you kind of taking the steps and it’s not just mindset and motivation, mumbo jumbo type of thing. No, I’m not that kind of person as you guys know, you probably know me that I’m not a motivational coach or anything like that.

My goal is to help you get clarity because there’s a reason that you’re here, right? You wanted to accomplish something. Well, what happened to that reason? Are we really clear about the reason. We on the onset, like when you first started, has that changed or have you figured it out? Do you have a real reason or is it just a very surface level? I want to make more money. Well, yeah. That’s like everyone else on planet earth, right? Who doesn’t want to make more money, but what’s going to make you move. What’s going to make you wake up or stay late, or just send an additional email and follow the instructions or go through the blueprint one more time. That needs to be beyond just making more money, right? So if you want it to make a little more money while you could have just changed your job or ask your boss to give you like a two, three percent raise. Obviously that’s not the reason.

The reason can be anything

And the reason can be anything. My reason was that I was making the money when I wasn’t really seeing my family. And I was commuting two and a half hours from New Jersey to New York and on the way back and as the rush hour, and sometimes it would take three and a half hours of windshield time sitting in the car and total waste of time, right? And I got fed up with that. And also the other thing was the fear that I was looking at people who were older than me at that at one point, and I was kind of looking up to them. I put the amount of money they’re making and all of them were super miserable. And I’m like, “Wow, I’m looking up to these people. I want to be like them but when I get there, I mean, I’ll probably be just like them unhappy and overworked underpaid.”

So catching those patterns help you build your “why” that’s really, really important, right? So for that reason, the mindset thing is not just to keep you guys pumped and motivated, but truly it’s an adventure for you to go down and figure it out. And if you do really spend time on that, the rest of the blueprint becomes relatively easy because at the end of the day, from a very simplistic perspective, we’re selling money to small businesses, right? All the other qualifications and who funds what, that’s all just knowledge that’s on a piece of paper they get can be learned. But unless you grasp the philosophy behind what we’re doing, like helping businesses and talking to them and having conversations, you’ll stare at the charts and the numbers and be like, “Oh my God, what am I going to do with this type of thing?” Right?

So usually most of the time, we’re the bottleneck in our own company. Not someone else. You might be wondering why I keep saying, “Plug yourself to the community, plug in the community.” Because that’s going to help you with the mindset, right? It’s if you’re trying to just do that by yourself, it gets lonely. But if you see other people sending deals, submitting deals and handling challenges, funding deals, and making money and you keep seeing that, that helps a lot for your… And I know a lot of people, if they have windshield time, they listened to prior Q and A’s, that’s also very important, right?