“3 weeks to start getting leads” – Stephane From New York

“I was in the first week I was set up. I did the whole setup and I start to do LinkedIn marketing basically. And that’s where I start to get leads. And the first time I talked to someone on the phone, I would say it was about two and a half, 3 weeks to start getting leads after I started the program” 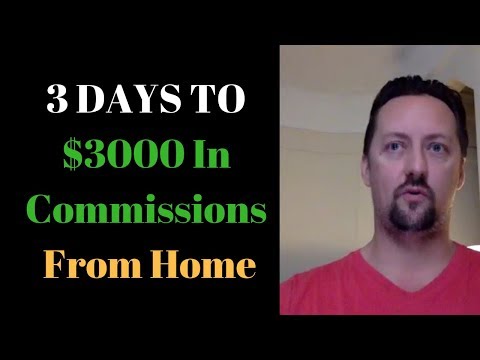 Oz: Hey, everyone. Oz here with Merchant Cash Advance Success Blueprint. I have another member of mine within the community of our Success Blueprint program and I wanted to bring him in because I recently had a chance to meet him in person because we have a ton of members in our community, but I don’t always get the chance to meet them in person. I organized our first mastermind in New York city and he was one of the few people who was qualified to be there. So I appreciate his presence and I got to know him a little bit. He’s been working hard to build his business. So I want them bringing him in to ask him some questions so you guys can learn more about how he’s been progressing and you might be in similar situations so I can help you with your progress. Hey, Stephan, great to have you.

Stephan:How are you? It’s nice to be here.

Oz:I’m great. Thank you. Stephan, can you tell me a little bit about your story? What were you doing before you met this blueprint program or the Merchant Cash Advance industry altogether?

Stephan:Yeah. Well basically, I’m originally from France. I moved here in New York in ’99, so about 18, 19 years ago. I was supposed to stay for a week and make a long story short, I never left basically. So I start working in the restaurant business for awhile. I did pretty much every position. Then I did a little bit of life insurance in 2008. The market crashed. I went to real estate. Didn’t work very well. I went back to the restaurant business, left New York for couple of years. I opened my own restaurant in the Philippines. Then came back 2015 or ’16 something like that. Time flies by, so I never know exactly what the date. But about two, three years ago, I went back in the restaurant for a year. And then a friend of mine that was in life insurance that had stayed at the first company I went through was telling me, “Come back, come back, come back.”

Stephan:So I definitely, I went back and I will have been back there for about two years now actually. Always want to do better for myself. So I was looking online and I found you and your program basically. And I was, after the first call we had, I was like, “All right, that’s good. I want to do it. Let’s get started.” And then we started and this was end of July, early August if I don’t mistake. So about three months ago. I set up everything within a week, I was set up. I went through the [inaudible 00:02:36]. I started to get [inaudible 00:02:39] from LinkedIn and that’s what I did. I just did LinkedIn. I just wanted to focus on one avenue and try to master it basically.

Oz:Stephan, how long did it take for you to set up and start getting leads?

Stephan:I was in the first week I was set up. I did the whole setup and I start to do LinkedIn marketing basically. And that’s where I start to get leads. And the first time I talked to someone on the phone, I would say it was about two and a half, three weeks after I started the program. Of course the first few people I talked to were not qualifying, was getting used to it. People that didn’t already have any business, so I had to change a couple of filter on LinkedIn. But I eventually talked to someone that was qualifying and then that was about two, three weeks ago actually. And I funded my first deal, yeah, three weeks ago.

Oz:Yeah. So from the moment that you started getting leads, because that’s one question I get a lot. People want to know how long it takes after joining the program until they see leads coming in and I want to make sure I give a reasonable response to it. It can be as fast as a week. It’s pretty straight forward. And that’s what you had been doing. In a matter of a couple of weeks, you had a bunch of people on the phone and you qualify them further. And LinkedIn is one of the many strategies that I teach. Right? You just pick that one and kind of mastered it. Now it’s your primary means of generating leads. We have other members who use Facebook instead or a bunch of other strategies that we use. So let’s talk about that deal that you funded. So that came through and the initial conversation happened on LinkedIn?

Stephan:No, actually. I get the lead from LinkedIn, so I set up the system, I send them the message back and forth. As well as setting up LinkedIn, I set up a membership as well to send them a couple of email as an automation. I got four email at a time and that person called me from an email actually.

Stephan:I get the lead from LinkedIn, but I took the email and put it on my list and then he called me out of the blue. It was on a Friday. And I say, “I got your message by email. I see we’re connected through LinkedIn.” And that’s when I put two and two together. I saw, “Yeah, that’s right. I also put the email together [inaudible 00:05:12].” Then I kind of, not forget about it, but I put it there and see what happened. And that’s where the lead came from actually, from the email follow up.

Oz:So the perfect use of multichannel marketing. When you set up the systems, you don’t know how they’re going to stumble across you. So you set it up, they came through a different means, which is LinkedIn, but over time, they somehow connected to one of the emails that you sent. Most likely something clicked and they felt like they need to contact you to get the help you need from them. That’s true inbound lead generation. So you’re not badgering people with telemarketing, you’re not doing cold calling. You’re just building your funnel as complete as possible. And yours was not even a hundred percent complete, just the LinkedIn part of that. And it just came through and he called. So what kind of business was that?

Oz:Oh, it was a restaurant. Okay. Which is right up your alley. Your experience is in the restaurant industry, right?

Stephan:Yeah. That’s why I chose that field basically. Restaurants where I know exactly what they talk about, I know what they need the money for. I kind of get the feeling of what they want basically because I’ve been through it.

Oz:Yeah. And did you meet this client in person?

Stephan:No. No. Everything was on the phone.

Oz:Everything was on the phone. You’re probably home, right?

Stephan:Yeah. Yeah. The guy’s in Florida. So I never even met him. And when he called me actually I was going to get a haircut. So I tell the guy, “Just wait. I have a phone call.” And that’s so the first phone call that was from him calling me actually.

Oz:Yeah, that’s pretty cool. And from that moment on, how long did it take for him to get the money that he was looking for through you?

Stephan:Well, first time I talked to him was on Friday. On Wednesday he was funded and I got my permission to send it.

Oz:And I mean this is the first of many obviously. So what was the commission like?

Oz:$3,000. Yeah. So basically you answered a phone call and you maybe talked to him maybe twice more and within three days made $3,000.

Oz:Okay, that’s awesome. I think I just want people to visualize how this could work because many people were really, really too hard for what they make and there are other ways to make a better living.

Stephan:Yeah, exactly. That’s exactly what it is.

Oz:Stephan, anything else you want to add before we wrap this up? I know you have a lot going on so I don’t want to keep you long.

Stephan:Oh, I feel we went over everything basically. I mean, the system works. Just follow it and apply it. You have to implement the system, or it’s not going to do anything for you.

Oz:Yeah. The power is in the application, right?

Stephan:It is. It is. And a one thing maybe is just don’t stress on getting your first deal. It’s going to come. Sometime it takes a week. Sometimes it takes a month. It might take two months. Whatever it takes. Once it comes, it’s the thought that’s starting to open and sooner or later you’re going to just make deals and deals and deals basically. That’s how I look at it. I try not to stress much about when I’m going to make the next deal. I live in New York. It’s stressful enough like that. So I don’t want to stress on top of it. But yeah, that’s basically what it is.

Oz:This has been amazing, Stephan. Thanks for taking time to share the experience with my following. It’s highly appreciated, buddy.

Oz:I’ll talk to you later. All right? Take care now.