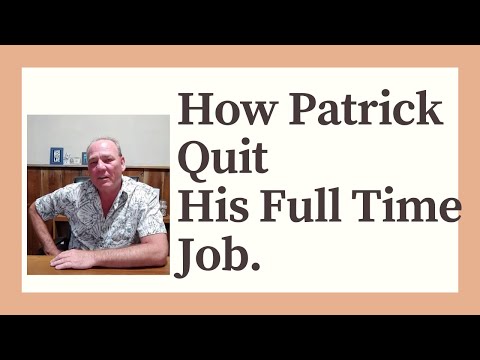 Hi there. Patrick here, owner/founder of Coastal Funding Group and current member of the BLB Program. I just wanted to throw a quick video together to share my personal experiences with the program with you in hopes of helping you along your decision process.

So, it wasn’t too long ago that I was sitting pretty much the same place you are right now, only I knew I wanted to get into business funding space but just didn’t quite know where to start, how to go about it. I ended up spending thousands of dollars on several courses. I’ve joined, I don’t know, half a dozen or so, online groups and forums in hopes of finding a reputable mentor along the way, only to wind up right where I started from. Broke, frustrated, and confused.

So then I stumbled across Oz’s program, the Business Lending Blueprint and let me tell you something, joining the program was the best thing I ever did. Based on the… Or because of the knowledge that I gained from the program, I was able to walk away from my former sales job about six months ago, and launch my business. So, my motivations were many. Obviously I wanted to make a good living, right? You know, everybody likes that money, but personally, I wanted a business, I wanted a lifestyle business, a business that I can work pretty much when I wanted to, as I wanted to, whether I wanted to get started at 7:00 a.m. or 9:00 a.m. or 10:00 a.m. what have you.

Today, I think… Or six months ago or so, I’ll tell you, I didn’t know where my next dollar was going to come from. I had boat payment, car payment, house payment, all of it, right. Today, that’s the least of my worries. So, thanks to the training and mentoring through the Blueprint Program, I now have a real business with a great online presence that I’m pretty proud of and it’s going to be a lucrative… It’s proving to become lucrative.

The best part of the whole program is the way it’s laid out. The training never really stops. So, in other words, once you sign up, you’re not just going to be thrown a bunch of videos, a bunch of information and trying to figure out where to start and so forth. It’s set up in a step-by-step process in a logical one, two, three order. You just follow through, starting with module one, module two, and so on and so forth. And before you know it, at the end of the training, you’ve got a whole business, all built, established, running and ready to go.

So, the bottom line is this: If you’re serious about your own success, and you’re willing to put in some effort, because it is going to take some effort on your part, you follow the instructions that are given to you, step-by-step. You can’t go wrong. You can’t fail. It’s fail-proof. So, if you’re like me and you’ve spent thousands of dollars already, I’m telling you, this will be the last check you’re going to write. If you haven’t spent thousands yet, you’re ahead of the game. Dive in now and best of luck to you. Hope to see you on the inside.